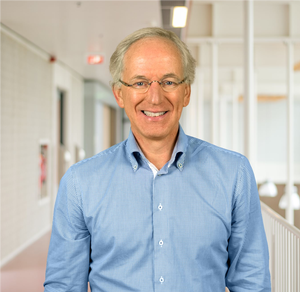 Dr. Barentsz's future research focusses on new functional and molecular imaging techniques in oncology (especially prostate, breast, bladder, colorectal, and cervical cancer). He has a special interest in new developments in magnetic resonance and contrast agents, and in the fusion of the new functional imaging techniques such as dynamic MRI, MRS, CT, and PET. Central to this research is the value added to patient care of combined new imaging techniques and benefits to the health care system in general.

Professor Barentz has been the recipient of many major awards, including four from the SCBT & MR and six First Price Awards from SUR. His major grants include a €2m Program Award from the Dutch Cancer Society (2007-2013) to explore the clinical value of novel high resolution anatomic and molecular/functional MR imaging in prostate cancer.

Dr. Barentsz is a well-known and frequently invited speaker on MRI of urogenital diseases and on MR-contrast agents. He presents over 20 invited lectures at numerous international meetings every year. He is Section Editor EURORAD Female Pelvis, has published over 160 journal articles and has an h-index of 32.