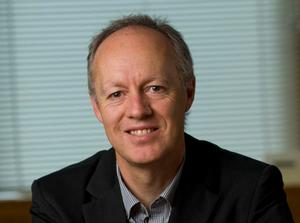 Rod Hicks is a Professor of Medicine and Radiology at the University of Melbourne and Director of the Centre for Cancer Imaging at the Peter MacCallum Cancer Centre in Melbourne, Australia. Peter Mac installed the first PET/CT outside Europe and North America in December 2001 and now has an experience of over 60,000 PET studies performed in the facility founded by him in 1996.

He has pioneered the use of this modality in the assessment of cancer and is recognized as an international leader in this field. His group has introduced a number of novel imaging techniques that provide enhanced diagnosis and evaluation of cancer behaviour. Professor Hicks’ group established the first small animal PET imaging facility in Australia in 2002 and has a strong focus on translational research and drug development. His group has also been involved in the Commonwealth of Australian-funded Cooperative Research Centre for Biomedical Imaging Development as a core partner. Professor Hicks was its radiopharmaceutical stream leader.

He holds numerous national and international research grants, is on 8 editorial boards, has published over 300 peer-reviewed articles and more than 15 book chapters. A major focus of his clinical research has been to assess the impact of PET on patient management and prognostic stratification. In addition, he is actively involved in radionuclide therapy with a major focus on neuroendocrine tumours and treatment of neuroblastoma in children.